Once Upon a Time in America - Ennio Morricone Music Night
The music of the Oscar winner live in the Great University Hall!

The 91-year-old Italian composer and conductor has composed film music for over 500 films, some also under the pseudonym Leo Nicholas or Dan Savio. He became famous for the music for the "Italo-Western" by Sergio Leone and Quentin Tarantino, although he "only" wrote the film music for about 30 of these films. This evening, well-known film scores from "Play me the song of death", "Once Upon a Time in America", "Gabriel's Oboe" from The Mission, "Cinema Paradiso"
can be heard among other things. In addition to film music, he has also composed numerous orchestral works and solo concerts, such as the "Terzo concerto" for marimba, guitar and string orchestra. The solo parts of this concert will be performed by Christina Schorn-Mancinelli from Salzburg and Ivan Mancinelli from Italy. Ennio Morricone personally gave both to a performance of the concert in Rome with the following
Words congratulates: "Grazie ancora a loro per la splendida realizzazione del mio 'Terzo concerto'". 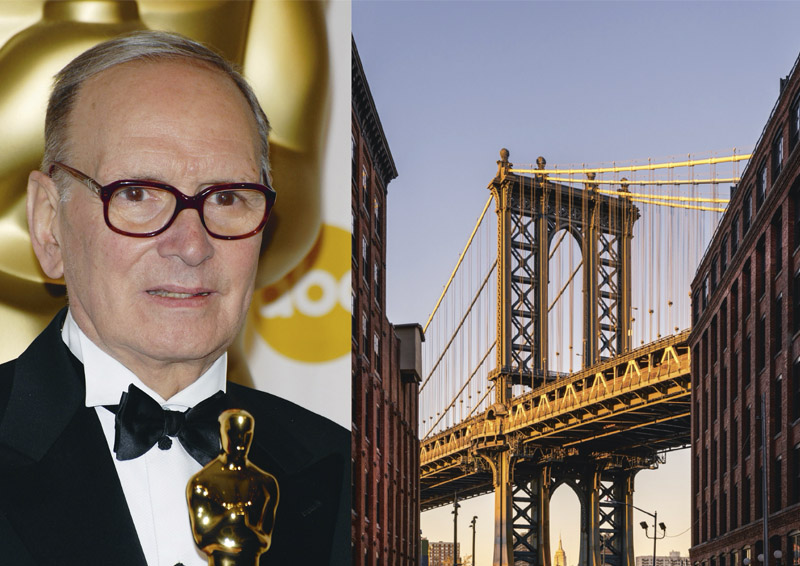 Estimated end of concert approx. 21:35 p.m.
Concerts with a break.