“I think I've found the new Maria Callas ...
What initially arrested me, and went on fascinating me, was not only the beauty of her singing, one of the loveliest lightish lyric sopranos I have heard in the flesh, but also her commitment to the role she was performing. " The Spectator

"One of todays most exciting new operational voices." The Independent

"Dusky, overtone-rich, abundantly sensuous, the timbre has fullness, freshness and purity alloyed to the darker tones of an almost Callas like palette." Opera Magazine 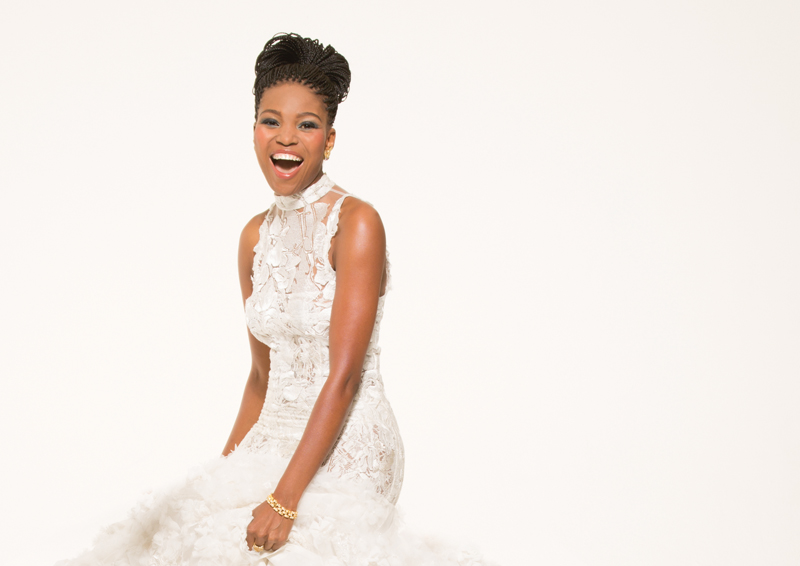 The Philharmonie Salzburg is organizing a New Year's concert in the Großer Festspielhaus on January 2nd. The program includes famous opera choirs such as "Va pensiero" from Verdis Nabucco, the Triumph March and Choir from Verdis Aida or the "O fortuna" from Carmina Burana by Carl Orff.
The evening's special guest will be South African soprano Pumeza Matshikiza, who is described by the world press as one of the most exciting opera voices of our time and as the new Maria Callas. Among other things, it will feature "O mio babbino caro" by Puccini and the "Song to the Moon" Dvořáks Rusalka sing.
Passionate tango is also played on the occasion of the “100 Years Piazzolla” anniversary. “Libertango”, “La muerte del angel” and “Yo soy María” from the tango opera “María de Buenos Aires” will be performed. Viva Opera - Viva Tango!

Estimated end of concert approx. 21:00 p.m.
Concert without a break.

The new concert dates have already been fixed - all tickets remain valid!
You can find more information .

It is now mandatory to wear a mask during the concert. You can find more information about COVID-19 in our Terms and Conditions.