Learn violin / violin with musicians from the Philharmonie Salzburg 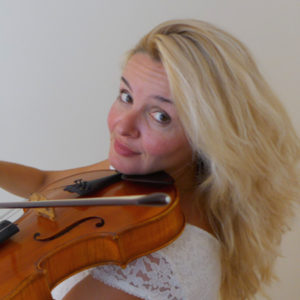 Liuba Pasuchin completed a course of study at the Musikhochschule in Würzburg, which included both instrumental and pedagogical training. She then completed a master's degree at the Mozarteum University in Salzburg. She completed both studies with distinction. At the same time, she attended several master classes with well-known musicians and successfully participated in international competitions. She is a member of various music ensembles and orchestras. Since 2004 she has been part of the regular cast of the Salzburg Philharmonic. 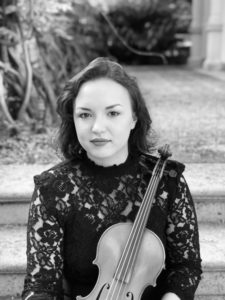 Jelica Injac has been studying for a Bachelor's degree since 2017 with Prof. Lily Francis and Meesun Hong Coleman at the Mozarteum University. She has completed master classes with Ivry Gitlis, Maxim Vengerov, Liza Ferschtman, Stefan Milenkovich and others. She has been with the Salzburg Philharmonic since 2018. 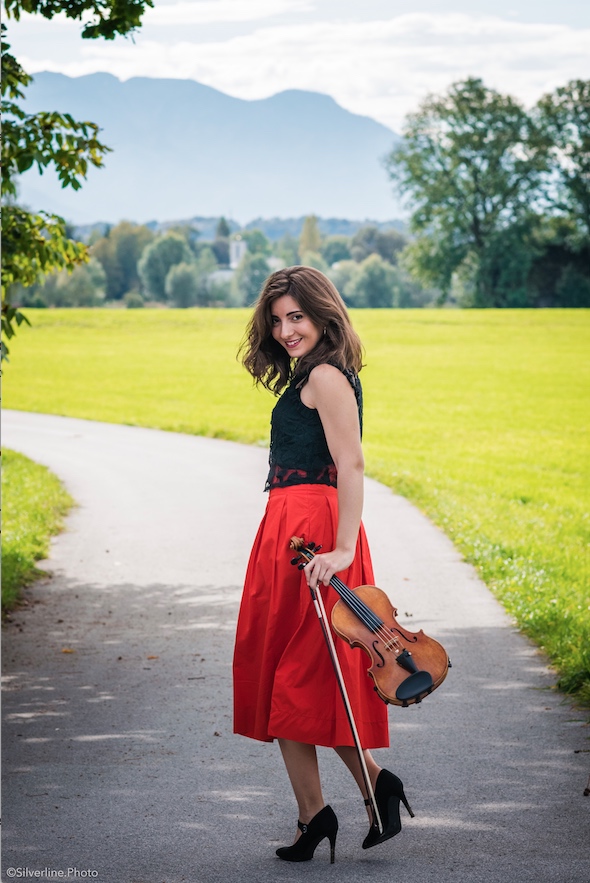 Maria is a violinist from Barcelona who has two bachelor degrees from the Escola Superior de Música de Catalunya in Barcelona and from the Mozarteum University in Salzburg. She is currently studying for her master's degree in violin with Professor Lavard Skou-Larsen and for her master's degree in chamber music for piano trio with Professor Cibrán Sierra Vázquez at the Mozarteum University.
In the orchestral field, she is currently a member of the Salzburg Chamber Soloists, the Salzburg Philharmonic since 2018 and is also a substitute member of the Salzburg Mozarteum Orchestra. Her orchestral work enabled her to tour Europe, Asia and South America, in the most important concert halls such as the Palau de la Música in Barcelona, ​​the Felsenreitschule in Salzburg, the Herkulessaal in Munich, the Cologne Philharmonic, the Musikverein in Vienna and the Auditorio Nacional in Madrid. 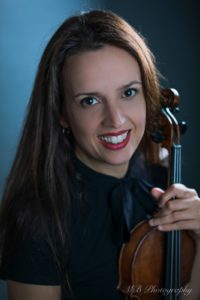 Member of the Salzburg Philharmonic since 2008 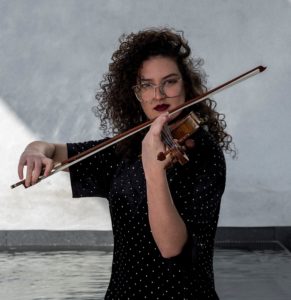 Brazilian born Nathalia Oliveira is currently enrolled at the Universität Mozarteum in Salzburg, studying for her Master's degree with Lavard Skou Larsen. Later, at the age of 16 she was invited to one of the most important music festivals in Latin America, the 43rd edition of the Campos of Jordão Winter Festival, where she played in the Master Class of the renowned violinist Hagai Shaham.
Nathalia finished her Bachelor's degree at the Universität Mozarteum in June 2021. In 2018 she made her soloist debut at the Teatro Municipal of São Paulo, under the conducting of Maestro João Carlos Martins and the Municipal Symphony Orchestra and she has also performed around the world with the chamber orchestra Salzburg Chamber Soloist and Philharmonie Salzburg, where she was admited as an academist in 2019 and participated in several concerts and recordings. She is a member of numerous chamber music ensembles and has performed in various concerts, competitions and recordings. 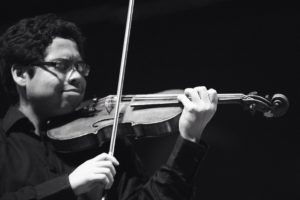 Born 1995. 2013-2017 Bachelor studies at the Royal College of Music in London with Prof. Jan Repko. Since 2018 master's degree at the Mozarteum University in Salzburg with Prof. Lavard Skou Larsen. Member of the Philharmonie Salzburg since 2019 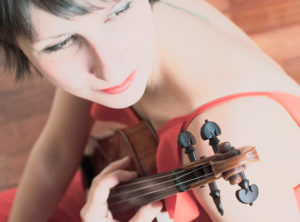 Emeline Pierre Larsen, born in France and based in Salzburg (Austria), is a complete artist. Throughout her career she has opted for a free and diverse musical life around the world and keep their artistic sensitivity open enrich.She began her studies at the Angers Regional Conservatory then she went to Paris at the age of 18 and she sat, two years later, she studied at the Concervatoire National Supérieur de Danse de Musique de Lyon in the class of Pavel Vernikov and then Marianne Piketty, where she received her diploma with distinction in 2004.

Since then she has played in many ensembles: symphony orchestras (ONPL, ONL, Vorarlberg Symphony Orchestra...), Opera (Lyon), Chamber orchestra: (Orchestra of the countries of Savoy, Salzburg Chamber Soloists, Camerata Salzburg, Neuss am Rhein, Ingolstadt, Salzburg Soloists etc. . . ) In 2003 and 2004 she was part of the Werther Piano trios. In 2007 and 2008 she was a permanent member of the Quartet Prima Vista. From 2010 to 2014 she worked permanently In San Sebastian in the Basque National Orchestra as co-director of the second Violins. She has lived with her family in Salzburg since 2013, where she regularly works as a Soloist, concertmaster or second violin section leader or Conductor of the second orchestra. But her The main activity is the string quartet, which she the Constanze Quartet founded in 2016. At the same time, Emeline cultivates her second passion: violin lessons for beginners and advanced players as well as early musical education for children. 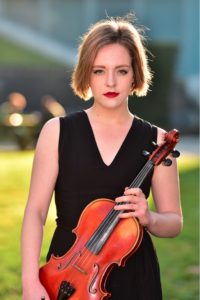